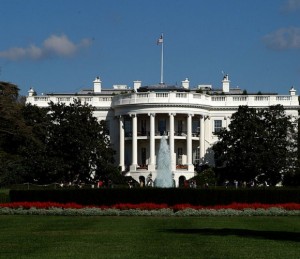 What do you think of the White House’s new solar panels that were unveiled last month?

“Better late than never,” was the comment from climate activist Bill McKibben in response to of the newly-installed solar panels on one of the country’s most iconic buildings. ABC News stated, “White House finally gets solar panels” and hundreds, if not thousands, of other media outlets reported on the on-off history of roof-top solar panels at the White House, which had been installed in the late 1970s by President Carter and removed in 1986 when building works were being undertaken for President Regan.

President Obama made the pledge to add the panels way back in October 2010. The pledge reflected the Government’s green commitment, including its support of renewable energy at that time, a stance which President Obama has reinforced as the globe faces climate changes, rising sea levels and unpredictable weather patterns. Today the Obama Administration is still committed to reducing America’s greenhouse gas emissions by 17 percent by 2019 (from 2005 levels), and increasing renewable energy, increasing energy efficiency and generally securing America’s energy future.

Having once worked with the White House ourselves, The Refinishing Touch is pleased to see the same ethics behind the sustainable practices we performed inside being brought to the light – literally – with the reinstallation of solar and its photovoltaic technology.

Whether it’s a historic government edifice, a college dormitory in need of an update, or a hotel looking to increase décor, maintain brand guidelines and increase guest retention – every building has a sustainable option when it comes to updating look, facilities and furniture. Whether its solar technology, recycling programs, or furniture asset management, there are ways to create environmental benefits alongside budget gains and design payback.

By incorporating the three R’s – reduce, reuse, recycle – into our business plan from day one and encouraging our clients to do the same, we have been fortunate to assist decision makers and environmental activists in greening US buildings since 1977.

If you’d like to learn more about The Refinishing Touch’s work within the government sector, please visit our project page here.